Anime Expo and A Review of Requiem for the Phantom 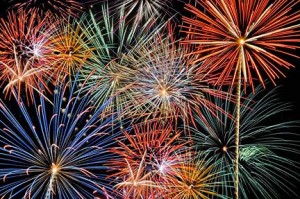 Yaoi Novels versus Manga – Which do you Prefer? 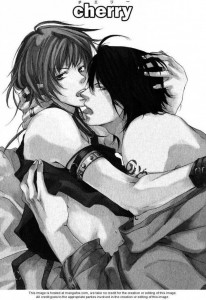 I have to admit, I like yaoi novels better than manga. What??? you say? Yep, I do. Maybe that has something to do with why I write yaoi and m/m romance novels instead of drawing comic panels (which I think takes way more talent than I have). Although my eyes certainly appreciate the man candy action of a good yaoi manga, I find they’re too dang short. I like quite a bit more meat (pun intended) in my stories. More back story, more character development, more man loving and certainly more plot development.

Now I know some of you might want to flame me right now, but hear me out. Yaoi manga definitely have their place and yes, I do enjoy them. I just like to read a book with little or no pictures more than reading panels. For some reason, my imagination flies when I read a novel and not so much with a comic. I’m always trying to figure out which way, left or right, up or down, I’m supposed to be reading the darn thing. Okay, maybe I’m just a spaz. But the other thing is the limitations of manga – you just can’t fit as much in as you can with a book. You see this in film all the time. If they actually put everything from the Lord of the Rings books into the movies, they’d each be 5 hours long and we’d probably have 20 of them. 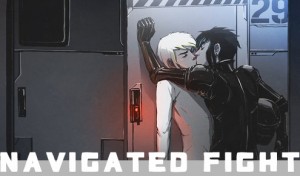 There are a few manga/webcomics I can’t live without – Starfighter being the main one. I mean, who doesn’t like that? Hot headed, evil dark hero(?) paired with innocent blond hero who needs hard, passionate sex… I wonder sometimes what that would look like in a novel form or if it would even work. If that’s the case, I wonder if the medium drives the plots in found yaoi novels versus yaoi manga? Can they be interchanged?

What do you prefer and why?

Okay, so I live in the desert and it’s like, 115 degrees today. I get it. It’s hot. But so what? We have air conditioning. Yoshiki’s hair will not go limp.

So everytime I see that one of my favorite JRock groups are on a “World Tour” it seems they never make it to the center of the USA. Sure, they make stops in New York and Los Angeles (lucky bastards), but never come to Phoenix, Arizona or God forbid, Nebraska. We interior folks like our JRock, too. Right? I mean, when X Japan played Chicago at the Lollapalooza last year all the headlines were that X Japan stunned and awed the fans. Think of how many new fans they’d make if they simply went a little further inside America, like to Phoenix, where I live:)

I have a theory. Maybe they’re afraid. Yes, Afraid. Maybe they know about our conservative, speak English or die, wear your USA t-shirt and jeans with your cowboy hat types who spit chew and still call the Japanese all those terrible slang names that I can’t bring myself to write. Maybe Mana thinks if he comes over here and plays somewhere in the interior US in his Lolita outfit someone will beat the crap out of him. You know? He may be right. But… don’t they have body guards, LOL?

I’ll tell you a funny story. So my boyfriend is in this rock band and they play at all these clubs in the Phoenix metro area. Of course, they play your typical Lynerd Skynerd and Rolling Stones, but they also, thank God (not a big fan of hearing those songs over and over and over…) play some newer music like Matchbox 20. Anyway, the guitar player for the band is a big metal head. You know the type, Metallica all the way. Death metal. Lots of thumping guitars. He asked over Facebook if anyone had any new rock bands they could send his way because he was looking for new music to add to his iPod. So I did. You know what I sent him *snicker, snicker*.  I sent him Dir en Gray and X Japan and D’espairs Ray. You know what he said? Great music, but they don’t speak English. He’s the speak English or die type, I guess. Think of all the world-wide music you miss out on when you say, “but they don’t speak English.” Wow.

So today I found out about X Japan’s new single, Jade, which is in freaking English. I sent this guy the YouTube link via Facebook and he liked it. He also said, “those chicks can rock.” WTF??? They may be pretty and dress in the kind of clothes American rock stars should be wearing (see my other blog on that), but they do not look like chicks (okay, Mana in his Lolita outfit does, I guess – but he was NOT in the video!).

So what do you think? Why don’t they come farther into the interior? And should they? I know I wish they did…

And here’s the video – Jade by X Japan. It’s awesome!