In Life and Blood: A Vampire Yaoi, MM Romance Series

For a limited time, get 40% off Hanging in the Balance and Holding on to the Past at eXtasy Books.

See the Pinterest Board
Get 40% off First Two Books

In Life and Blood 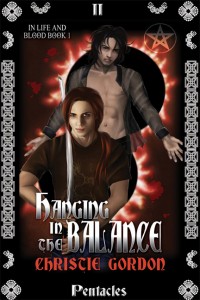 In Life and Blood Book 1: Hanging in the Balance

Snatched as a human baby and turned vampire at age eighteen to serve as a chevalier for a sadistic queen, Julian is forever alone and waiting for his destiny to be fulfilled. While on watch one night in San Francisco, Sebastian, an elder vampire of immense strength, comes to him, intent on killing him. Instead of bringing Julian to death, this stranger turns Julian’s life upside down, exposing secrets that have kept him bound in his torturous life. Can Julian accept the truth and free himself of his bonds to find his one true love or will he find he can’t betray the queen he’s sworn to protect?

In Life and Blood Book 2: Holding on to the Past 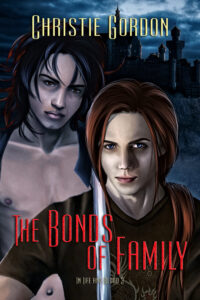 In Life and Blood Book 3: The Bonds of Family

Are the ties between bonded vampires stronger than blood?

Julian, taken at birth from a Louisiana hospital and forced into a vampire coven, is forbidden by those who’ve freed him from seeking out his still-human twin brother. Julian’s new to the rules and regulations of the Templar and isn’t one to follow orders. But going against the rules also means betraying and deceiving his One, his bonded mate and could bring death or imprisonment to himself and those he loves.

Sebastian has finally found his mate after 1,500 years and the threat of Julian’s old coven is behind them. Now, he settles into a normal life with Julian, attempting to raise a human, preteen son, a child that Julian unwittingly stole as an infant from a Russian orphanage.

As Julian plots behind Sebastian’s back, he threatens the special bond they share, but his obsession with his twin won’t be denied. In order to have his mate and his twin, he must risk it all.

Read More and Preview
We use cookies to improve user experience, and analyze website traffic. For these reasons, we may share your site usage data with our analytics partners. By clicking “Accept,” you consent to store on your device all the technologies described in our Privacy Policy. Accept