I’ve made a Yahoo Group just for us : Yaoi_and_Slash. It’s for discussing all the things I tweet and write about in this blog – yaoi, slash, M/M Romance, anime, jrock, etc. I want to bring fans, authors and artists together, because I looked over all the Yahoo Groups and there wasn’t one active group like it…really. You can post links to your favorite sites, pics of your favorite yaoi pair or talk about the fanfiction story you just read. Really, just like that. And even talk about your favorite jrock song or anime – all in one place. Crap, I sound like a salesman, don’t I? *slinks away*… but really, go ahead and post some fanfiction or original fiction in the files section, I don’t care. Put up your own fanart, why don’t you? And it’s adult, so you don’t have to keep it clean *snicker, snicker*. Just make sure you’re over 18 to join<–disclaimer. 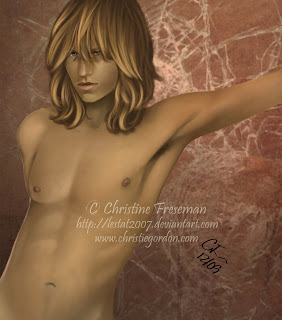 And I’ve decided to make Tristan, the main character for my new book, my poster boy, LOL.

Oh, and you can join with the handy little app over there on the right side of my blog or by going here: Yaoi and Slash

How much does your boyfriend or husband like Yaoi? 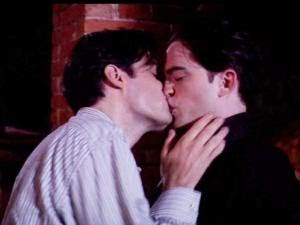 So I just recently downloaded and watched (for a whopping $3 each, mind you) Little Ashes with Robert Pattinson and Dorien Gray with Ben Barnes. I loved these movies, especialy Little Ashes. Without giving you all spoilers, I’d just like to say there is one very hot and erotic scene in particular I liked *TT* in Little Ashes.
This story revolves around Salvador Dali’s homosexual relationship with Frederico Garcia Lorca (played by Javier Beltran). Pattinson plays up Dali’s bizarre behavior exquisitely, in my opinion, showing the artist as a shy introvert one minute and then having outbursts of grandiosity the next.
But this blog isn’t a review of the movie. Oh no, that would be too easy 😉 You see, the movie caught the interest of my boyfriend, who likes to watch true-story movies about crazy famous people. Yes, I told him there were “homosexual elements” and yes, he knows where my interests lie with all of that. But still, I’d ranted so much about how well Pattinson (the dude he lovingly refers to as “that vampire wimp”) played the eccentric Dali that he wanted to see it.
So we watched it together.
There were bouts of “Oh, God” followed by “Really?” and then the old, “I need to get something out of the kitchen” during the erotic scene I mentioned above. But much to his credit, he did sit and watch it without too much fuss.
This whole episode makes me remember a time when he told me he wanted to read my first book, A Summer Without Rain, because he’s Irish and it’s about two Irish boys, LOL. So I let him. He didn’t even make it through the first chapter! Ha! And then his best friend who is also Irish decided that he should read it, too. He made it about half-way through, but didn’t read the sex scenes. Every time I asked him about it, he made a funny face and shook his head. 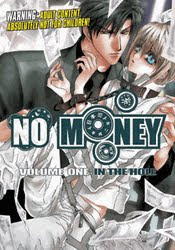 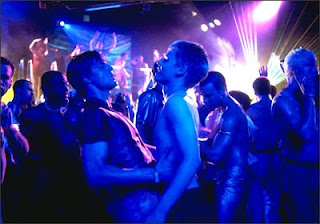 My boyfriend said, “What the hell is that?”
To which I replied “Queer as Folk.”
And his friend tilted his head and said, “Oh, that’s, that’s not a chick?”
“No.”
My boyfriend crinkled his nose and said, “You’re soiling the TV with your faggotry.”
I just laughed at them. It is now forever known as “My Faggotry”. And I love it. So there.
How much does your significant other like Yaoi?
Read more →

What’s up with American Animation? 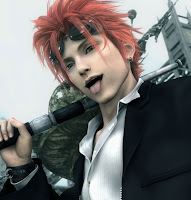 Here’s one of my biggest pet peeves – American animation. It sucks, for the most part.
I mean really, the Japanese get Final Fantasy with its plethora of hot guys and cool motorcycles and long, thick…swords… 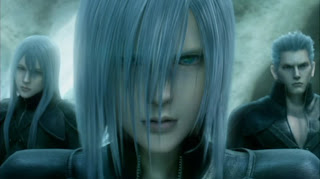 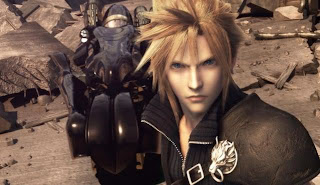 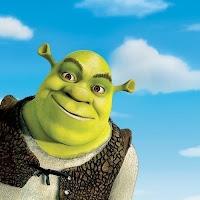 And we in America get what? Shrek 🙁
Don’t get me wrong, I do like Shrek. I have all three movies on DVD. I thought it was quite funny.
But I mean, come on people – these are characters you can draw, characters you make up, characters that can be as hot or not as you like, so why not make them hot? Why not give us some eye candy for crying out loud?
Why be happy with this:

When you can have this?:
And what about the art? Most American animation has only one level of color (for lack of a technical way to describe it) while the Japanese use three. I’m talking about a main color, a shadow and a highlight. The details in the backgrounds on Japanese animation is incredible as well. 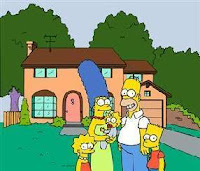 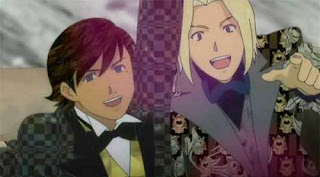 Is it just that most American animation is meant to be comical and therefore we just accept crappy cartoons? Many anime are funny as well – how about Fruit’s Basket and what about how many hot guys were in that show?

Bottom line here is, although I do adore The Simpson’s, Family Guy, and all those lovely Pixar movies for their comedic value, I really really really wish the forces that be in America would wake up and give us what the Japanese have gotten all along – truely artistic animation, intriguing storylines (hey, I didn’t even touch on that subject…) and lot and lots of eye candy.