Behind the Jade Tiger: A Paranoramal Yaoi, M/M Romance 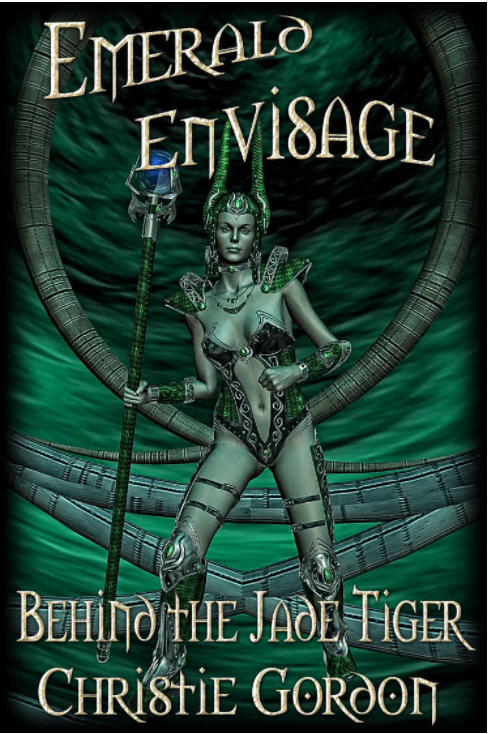 What’s in it:
– Gay for You
– First Times
– Gay x Bisexual
Triggers:
– Violence

Jordan only wants to see what all the hubbub is about at the nearby gay bar. After all, his female friends say it’s the best place to find single women. But when he gets there, a stolen kiss and broken memories lead him on a journey he never bargained for with a beautiful, young Asian man named Kira.

“If you are looking for a quick, sexy read Behind the Jade Tiger will definitely fit the bill. I was immediately swept up into the lives of these two men and was fascinated as I watched how things panned out.”
– Top 2 Bottom Reviews: 4.25 Kisses

Just for Fun: See a drawing of Kira

“He’ll have a gin and tonic, Harry.”
As he twisted, he peered downward. His breath caught in his throat. Beautiful. What the hell was he thinking? His gaze roamed the shorter, lithe frame of a young Asian man with large, brown eyes and dark hair framing his face in wispy layers. Long, red braids, no bigger than a pinky finger each, fell down over his tanned shoulders and leather vest. Numerous thick, silver chains hung around his neck and wrist and silver hoops adorned his ears
“Hi, I’m Kira.”
“K-Kira?” His tongue refused to form words and his mind reeled. Snap out of it. This is a dude, Jordan, a dude.
“Yeah, it’s Japanese. You have a name?” As his body swayed to the pulse of the music, a flirtatious smile curled Kira’s lips.
“I-I’m, Jordan.” With a burst of breath, he willed his shoulders to relax.
Harry placed a drink on the bar in front of him.
“That’ll be seven dollars.”
“I’ll get it. After all, I did order it for you.” Kira slipped a hand into the front pocket of his black jeans and dragged out a wad of bills. He rifled through them and slapped a ten on the bar.    Keep the change.”
“Thanks.” Harry snatched the money and stepped to the till.
Jordan seized the drink, lifted it to his lips and drank a few gulps. Burning lit up his throat. He coughed.
“Take it easy, it’s not a shot.” Kira laughed, a soft, sensual laugh and massaged Jordan’s back with his palm and fingers.
Desire shivered through Jordan’s spine. In mute surprise, he jerked away. “I’m okay.” Holy shit, what’s going on? Where were the women?
“Okay? I’d say you’re better than okay, much better. You’re stunning.” As Kira kept his eyes affixed to Jordan’s, he lifted a beer bottle to his lips and licked the tip, swirling his tongue around it, before sliding it into his mouth for a sip.
Jordan bit his lip and his brows furrowed. His breath quickened. Arousal hummed inside him, making his cock pulse and swell. This guy is too much and I’m not gay, damn it. The stuff he did with that guy in high school didn’t mean anything. He was young. He didn’t know any better. As confusion and fear muddled his brain, he ripped his gaze away from Kira and searched the bar for any sign of the opposite sex. They must be out there. He took a quick gulp of his drink.
Two blonde women huddled together across from him at the bar, looked down at a cell phone. One glanced up at him and winked.
Hell yes. He offered up his best smile.
“So what are you into, Jordan?”
“What?” Jordan’s attention broke away from the women and focused on Kira.
As Kira’s brows furrowed, he bit his lower lip on one side. Sorrow resonated in his eyes. “I asked you what you were into.”