Okay, so I live in the desert and it’s like, 115 degrees today. I get it. It’s hot. But so what? We have air conditioning. Yoshiki’s hair will not go limp.

So everytime I see that one of my favorite JRock groups are on a “World Tour” it seems they never make it to the center of the USA. Sure, they make stops in New York and Los Angeles (lucky bastards), but never come to Phoenix, Arizona or God forbid, Nebraska. We interior folks like our JRock, too. Right? I mean, when X Japan played Chicago at the Lollapalooza last year all the headlines were that X Japan stunned and awed the fans. Think of how many new fans they’d make if they simply went a little further inside America, like to Phoenix, where I live:)

I have a theory. Maybe they’re afraid. Yes, Afraid. Maybe they know about our conservative, speak English or die, wear your USA t-shirt and jeans with your cowboy hat types who spit chew and still call the Japanese all those terrible slang names that I can’t bring myself to write. Maybe Mana thinks if he comes over here and plays somewhere in the interior US in his Lolita outfit someone will beat the crap out of him. You know? He may be right. But… don’t they have body guards, LOL?

I’ll tell you a funny story. So my boyfriend is in this rock band and they play at all these clubs in the Phoenix metro area. Of course, they play your typical Lynerd Skynerd and Rolling Stones, but they also, thank God (not a big fan of hearing those songs over and over and over…) play some newer music like Matchbox 20. Anyway, the guitar player for the band is a big metal head. You know the type, Metallica all the way. Death metal. Lots of thumping guitars. He asked over Facebook if anyone had any new rock bands they could send his way because he was looking for new music to add to his iPod. So I did. You know what I sent him *snicker, snicker*.  I sent him Dir en Gray and X Japan and D’espairs Ray. You know what he said? Great music, but they don’t speak English. He’s the speak English or die type, I guess. Think of all the world-wide music you miss out on when you say, “but they don’t speak English.” Wow.

So today I found out about X Japan’s new single, Jade, which is in freaking English. I sent this guy the YouTube link via Facebook and he liked it. He also said, “those chicks can rock.” WTF??? They may be pretty and dress in the kind of clothes American rock stars should be wearing (see my other blog on that), but they do not look like chicks (okay, Mana in his Lolita outfit does, I guess – but he was NOT in the video!).

So what do you think? Why don’t they come farther into the interior? And should they? I know I wish they did…

And here’s the video – Jade by X Japan. It’s awesome! 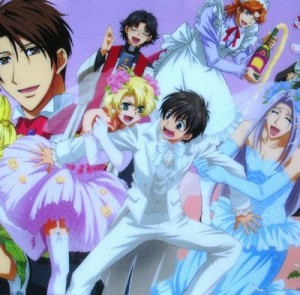 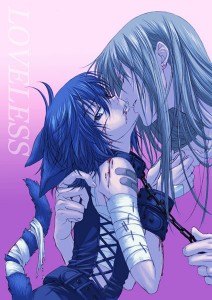 Hot JRockers in the Spotlight

So my first question here is – who do you think is the hottest JRocker? And – what makes them so hot? I know a lot of you out there fawn over Gackt, and yes I think he’s pretty easy on the eyes (to say the least). But for me, Hyde is the one that does it. I’m not sure exactly why that is – maybe the big, dark eyes, the pouty lips, the amazing voice, the hot way he sticks his tongue out in almost every frickin picture he poses for, LOL. It makes you wonder what he’s thinking of licking;) His wife is one hell of a lucky woman! 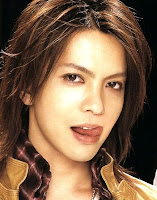 Of course, then there’s thinking about Hyde with Gackt, which must be the hottest of all *falls over for a moment*.

There are others out there, like Miyavi. What’s not to love about Miyavi? He’s adorable, got the tattoos, the lip piercings, funky hair, plays guitar and sings like a God, all the things I dream about in my perfect man (I hope my boyfriend doesn’t read this, LOL). But it does make me wonder just a bit, if certain parts of his body we can’t see are pierced and/or tattooed *.* I can always dream…
But what’s really great about JRockers is the way they dress and behave on stage. These guys are real rock stars, bigger-than-life rock stars, not your short-haired, fatso’s we have in the USA today. Yep, I said it. Why is it that almost all American rock stars now days look like some schmuck you’d find in your local bar, huh? I mean, where’s the showmanship in that? No cool hair, no tight black leather pants and for a lot of them – please, keep your shirt ON. And the baggy pants thing – really? Do these guys really think women find this hot? What freakin planet did they come from? I know, there are always the exceptions…like John Mayer;) 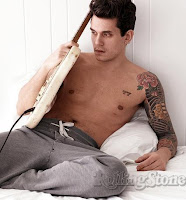 I don’t know how I got so worked up on that, LOL. Let’s get back to JRockers, shall we? Another thing I love about JRockers (besides the great music) is the stage antics, read – the yaoi stuff. These guys know what their female audience wants to see and gives it to them. How about the Gackt/Mana thing? I’d like to see some modern day American rocker have the balls to come out on stage in a Lolita outfit and sex up the lead singer…yum…Oh, lost me there for a moment. That whole Visual Kei thing I find reminiscent of the 1980’s alternative bands, like The Cure, Gene Loves Jezebel (yeah, those two dudes in the picture at the bottom are TWINS – how’d you like to see that twincest?) and Adam Ant. 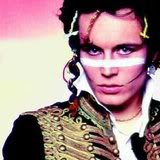 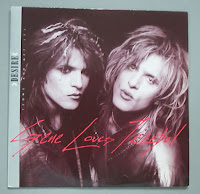 I loved that time period for music. Maybe that’s why I fell so easily in love with JRock.
I know I’ve only touched on some of the more popular JRockers, so how about you tell me about your favorites? 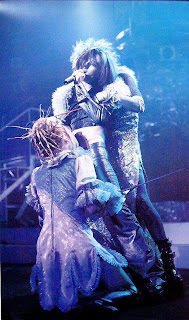 And finally, a pic of JRocker fanservice:)
Read more →