A Summer Without Rain: A Historical M/M Romance 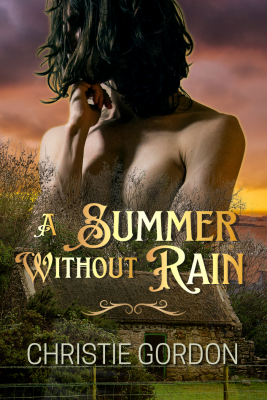 Shannon loves Ciaran, his loyal best friend, but loving him proves to be a dangerous game.

It’s 1920 in Ireland and Shannon Sullivan finds himself in love with his best friend, Ciaran. But after a disastrous affair with a teacher that left him abused by the town priest, shunned by the townspeople, and abandoned by the man who’d started it all, he’s loath to let himself act on his feelings for Ciaran.

Ciaran O’Kelly only sees the good in others, including his best friend, Shannon. He doesn’t understand why everyone treats him so poorly and why Shannon feels the need to lash out or hide himself. After Ciaran’s mother suddenly dies, Shannon is the one who brings him comfort.

After the death of Ciaran’s mother, Ciaran’s father sends the boys on a journey to Dublin to bring an heirloom to Ciaran’s aunt. With the Irish war of independence in full swing, train travel is disrupted and the two must travel by horse and cart. On the journey, a drunken night in an inn starts another journey – one of discovery, awakening and peril. Can Ciaran and Shannon escape clashes with the British army, while keeping their newfound love a secret?

“I 100% love A Summer Without Rain…Let me tell this is an absolute must read. Although it’s set in the 1920’s it’s still got everything you could want from an m/m romance.”
– Amazon Reviewer

“This book took me by surprise. It is set in Ireland in the 1920’s. This is different than the other books I’ve read by this author so I was anxious to read it. I’m sure not disappointed.”
– Amazon Reviewer

“This was simply brilliant!! The story takes place in Ireland in the 20’s. Shannon and Ciaran are best friends whose relationship develop into lovers. It broke me a little all the hatred they endured. The story felt heartfelt and realistic, so many emotions poured thru me as I was reading!”
– Amazon Reviewer