Why do the Men in Yaoi not Want Sex? 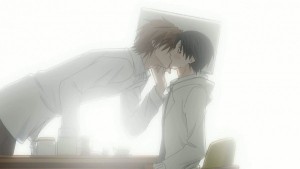