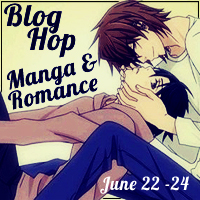 Welcome to the blog hop! For those of you who don’t know me, I’m a published author who loves Japanese anime, especially yaoi, JRock and M/M Romance. I’ve somehow found a niche writing what I love – stories that are a little bit yaoi and a little bit M/M romance. For the blog hop, I wanted to pull something together that might help readers of M/M romance understand yaoi, and vice versa.

For me, yaoi means androgynous, pretty male characters. Most yaoi is found in comic form such as manga and anime. The stories usually involve a much larger man, who dominates the relationship and a much smaller man. Although, like everything else, not all are like this. There is a difference in the relationships in true yaoi that I don’t think we see in M/M romance so much, a difference that I believe stems from the difference in Japanese versus Western culture.  That is, there is a clear distinction between the “top”, also called seme, and the “bottom’, called uke. The seme is usually older as well as larger, more experienced more aggressive sexually, etc, than the uke. In this way, there are some very clear roles played by the characters. I think some would say that the uke can tends to be more like a female in a male body. Also, yaoi does involve sex that’s not consensual. In the Western publishing world, this is taboo. The thing I love about yaoi, is the stories and characters really seem to be made for female fantasy. It seems to me that in yaoi stories, there’s not the strict constraints on making sure the guys act like guys all the time and it doesn’t have to be super-believable. It’s about telling a good story and letting the reader get lost in it.

As for M/M romance, this comes from a Western world where I think we do tend to try and make our stories seem as realistic as possible. The male characters look more like real men, gruff, bearded, hairy chested, you get my meaning. Not that some of that isn’t hot:) What’s a bit more freeing in writing M/M romance is probably that there is not this strict seme/uke character constraint – maybe the bigger man’s the catcher, you never know. Maybe the smaller man is more aggressive sexually. What’s great is it spans the whole spectrum.

So what I try to do is to write a combination of the two. I try to blend the pretty, androgynous characters of yaoi with Western world situations. Although I try my best to blend realistic gay situations with female fantasy, I attempt to make my characters break out of the “men are like this” mold. I hope that makes sense. And yes, I do get a lot of my story ideas and characters from watching anime. For instance, the character, Necalli, in the First Full Moon came from Vincent Law of Ergo Proxy. I wanted the yin and yang in him – to be powerful and brutal and also sensitive and incredibly tortured by his animal nature. For this reason, I made him a smaller man. Everything about him had opposing sides, just like Vincent Law.

My vampire books started out with a Hellsing flare. My character, Sebastian, really got his start being more like Alucard than anything else. Then I tried to drive deeper into him and his past and well, sometimes your characters dictate who they want to be, LOL.

Anyhow, thanks for stopping by!

To Enter to Win the Grand Prize: