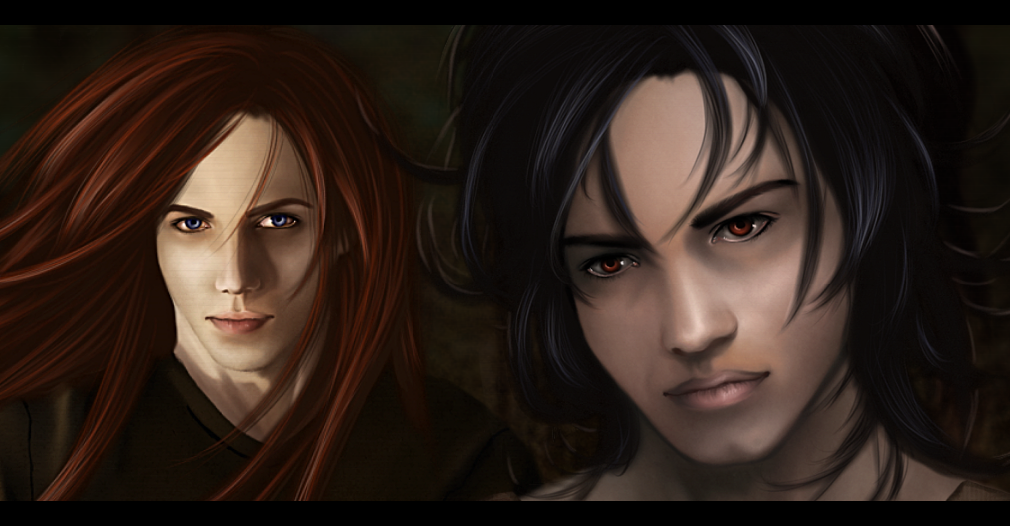 He opened his eyes. The dark bedroom appeared before him. A warm hand shook his shoulder once again.

Twisting to his back on his bed, he looked up at Julian, kneeling beside him. He lurched up and tugged Julian down to his chest. “My angel, you are safe.” Relief rained down on him. He kissed Julian’s hair, cheeks and forehead. “Thank God, you are safe.”

Julian sniffled and held tight to Sebastian. “I shouldn’t have run away from you. That was stupid.”

“It was, but you are here now.” He released Julian. “Where did you go?”

Julian raised his head and looked down upon Sebastian. A sheepish smile curled one side of his lips. “I just went for a walk in the woods, that’s all. I just needed to think and cool off a bit.”

Julian let out a long exhale. “Anyway, enough about my stupidity. How are you after getting the news about your friend?” His gaze searched Sebastian’s face.

He let out a long sigh. “I’m as good as can be expected. It was very sudden and I suppose it doesn’t seem real yet.”

Julian’s fingers toyed with the bedding next to Sebastian’s head. “You seemed to be having one hell of a dream when I came in here.”

“What was it about?” He looked passed Julian for a second. “My sister’s death.”

“And well, she was killed by the Huns right in front of me. Seems I was never any good at protecting the ones I love.” His voice broke.

Caressing Sebastian’s cheek, Julian said, “That’s not true. You saved me from Nona. And now Caesar is no longer a threat.”

A shock of guilt tore through Sebastian’s body and he turned his head away.